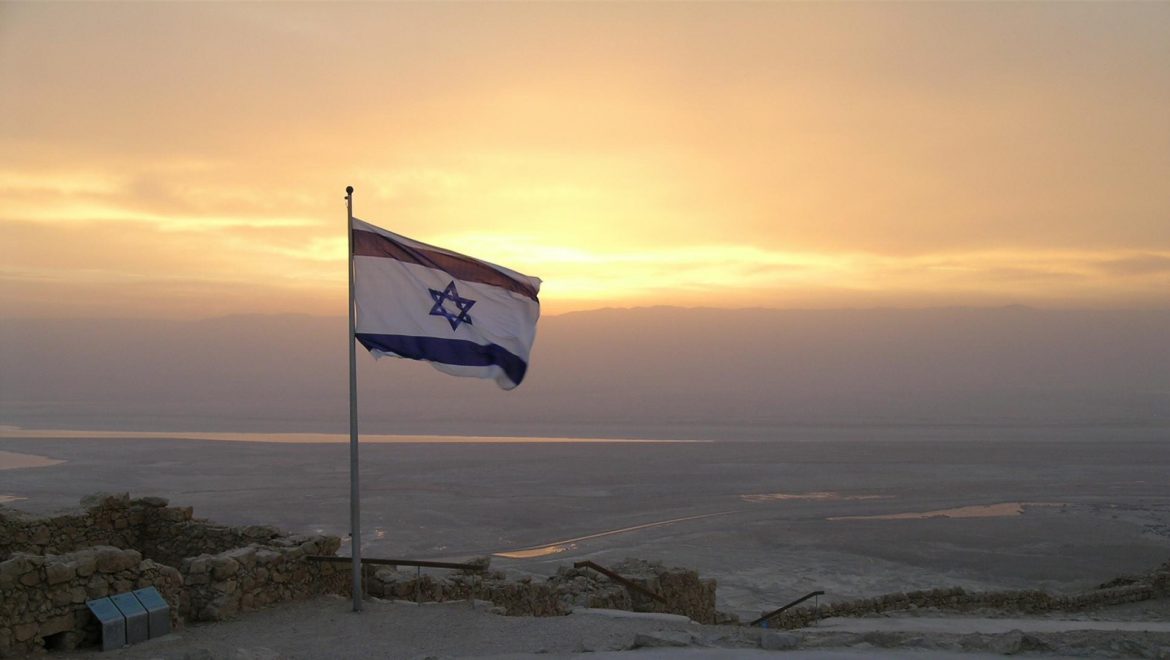 Written by Yossi Klein Halevi, author of “Like Dreamers: The Story of the Israeli Paratroopers Who Reunited Jerusalem and Divided a Nation,” this important article traces the story of two members of the Paratrooper Reservist Brigade 55 who liberated the Old City of Jerusalem during the Six Day War: Hanan Porat, founder of the Gush Emunim settlement movement, and Avital Geva, founder of the Peace Now movement. Klein Halevi argues that, in subsequent years, the majority of Israelis have come to reject both the right-wing settlement movement and the left-wing peace movement in favor of a centrist movement that both supports a two-state solution and protects Israel’s security.

Forty years ago this month, on a cold desert night, 700 Israeli paratroopers crossed the Suez Canal in rubber dinghies in a secret operation that was about to bring Israel its greatest military victory. It was the height of the Yom Kippur War, and the Jewish state had been caught in a surprise attack by Egyptian and Syrian armies. In the first chaotic days following the invasion, Israel nearly lost. Only after the paratroopers — reservists in their late 20s and early 30s — established a beachhead on the western banks of the Suez Canal did the Israeli army manage to surround Egyptian forces and win the war.

The men of Paratrooper Reservist Brigade 55 had already entered Israeli history. Six years earlier, in the 1967 Six-Day War, they had fought in East Jerusalem against the Jordanian army and restored Jewish sovereignty to the Holy City. And they would go on to fight other wars together in defense of the Jewish state. But in the intervals between wars, this Israeli band of brothers also fought one other over the political and spiritual future of Israel.

Brigade 55 produced leaders of both the West Bank settlement movement, which tried to annex the territories Israel won in 1967, and of the peace movement, which sought an agreement with the Palestinians.

One of the paratroopers, Hanan Porat, established the first West Bank settlement mere months after the end of the 1967 war, on the ruins of a Jewish community destroyed by Jordanian forces in 1948, during Israel’s war for independence. Porat, wounded after crossing the canal in 1973, became even more dedicated to “greater Israel” after the perilous Yom Kippur War. He was among the founders of Gush Emunim (Faith Bloc), the settlement movement that brought hundreds of thousands of Israelis into the West Bank. Only by widening Israel’s narrow and precarious borders, argued Porat — who was a rabbi and a politician in civilian life — could the Jews ensure their safety in a region that rejected their nation’s very legitimacy.

Porat’s friend, Avital Geva, born on a kibbutz, was wounded in the 1967 battle for Jerusalem. In 1973, he was leading his men in house-to-house combat against Egyptian forces in Suez City, near the western bank of the canal, when a cease-fire was declared. Israeli and Egyptian soldiers laid aside their weapons and shook hands; several men embraced. Peace is possible after all, concluded Geva. Back as a civilian, Geva, one of Israel’s leading conceptual artists, became a founder of Peace Now, which opposed settlement building.

These two men, both wounded paratroopers who fought together in Israel’s wars, symbolize the opposing ideologies that increasingly divided Israeli society. They each lay claim to a rival Israeli dream.

Ultimately, though, a majority of Israelis came to reject both the peace camp and the settlement movement as utopian visions disconnected from the hard reality of the Middle East. After decades of bitter political infighting and mutual accusations of betraying Zionism and the Jewish people — culminating in the 1995 assassination of Israeli Prime Minister Yitzhak Rabin by a far-right Jew — Israeli society today is no longer passionately divided between rival and powerful left-right camps.

Instead, a majority of Israelis have become centrists; they have in effect internalized the left-right divide. Polls consistently show that Israelis support a two-state solution. In one this spring, 62% favored two states; other polls have shown closer to 70% support for a Palestinian state.

Centrist Israelis agree with the left that the occupation of the Palestinians is a long-term disaster for Israel, and they view a Palestinian state as an existential necessity that will save the Jewish state from the demographic challenge of a Palestinian majority and from its growing pariah status around the world

Yet centrist Israelis also agree with the right that the Palestinian national movement, and the Arab world generally, can’t be trusted to uphold a peace agreement when Israel’s right to exist is routinely denied in the region’s media, schools and mosques. They acknowledge that a Palestinian state could be an existential threat to Israel, exposing Tel Aviv and Jerusalem to the missile attacks that have embittered the lives of Israelis living in communities near the Gaza Strip.

Hanan Porat died two years ago, an unmoved believer in the ultimate victory of the settlement cause, even though many Israelis who once supported the settlers have backed away from that position. For his part, Avital Geva, like many on the left, has become disillusioned with the Palestinian leadership. “It took the children of Israel 40 years to reach the Promised Land,” he told me recently, “and it may take us that long to reach peace.”

Israel today is less divided, less virulent than in the past. But as Israelis have absorbed both sides of the ideological divide, they are not necessarily optimistic about their chances for peace and long-term security.

We live in divisive times. Does Israel provide lessons for red and blue America? Every society’s circumstances are its own, and analogies are risky. Still, perhaps Americans may learn this from the story of the Brigade 55 paratroopers: Neither side of an ideological divide has a monopoly on patriotism or political wisdom, and the greatest threat may be when a nation becomes embittered against itself.