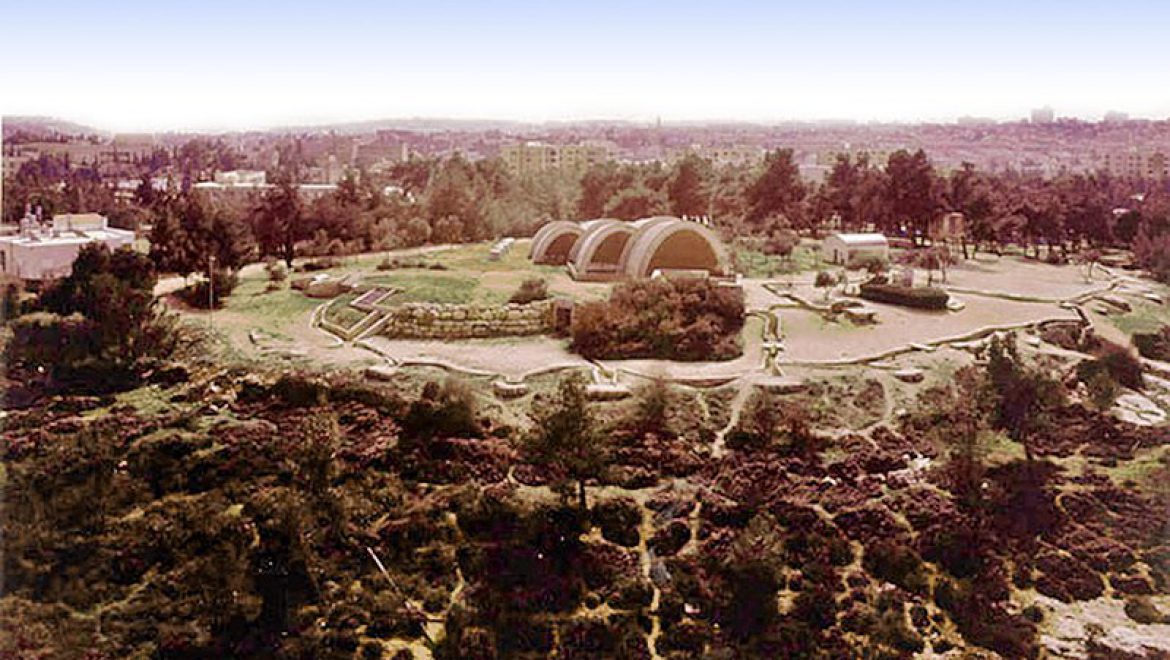 This post presents the text of then Prime Minister Ariel Sharon’s speech at the Jerusalem Day Ceremony at Ammunition Hill on 6 June 2005, in which he pays tribute to the heroic soldiers who died in the bloody battle on the site during the Six Day War and expresses the deep significance of the reunification of Jerusalem.

Distinguished President of the State of Israel, Bereaved Families, Government Ministers (who participated in the special cabinet meeting we held here today, and made decisions regarding the development of Jerusalem as the eternal capital of Israel forever and ever), President of the Supreme Court, Speaker of the Knesset, Commanders in the IDF, Police and Security Forces, Mayor of Jerusalem, Commanders, Ladies and Gentlemen,

On that terrible night, at the dawn of the 27th day of Iyar, 5727, the soldiers of the Paratroopers Brigade, commanded by Motta Gur, were ready to storm this fortified position, Ammunition Hill.  Behind them was the Israeli part of Jerusalem, wounded by bombardments which had not ceased since that morning.  In front of them, beyond this hill, was the top of Mount Scopus, the Israeli enclave, which would be in serious danger if it were not reached by dawn. In the south of the city, the soldiers of the Jerusalem Brigade, commanded by Eliezer Amitai, had already conquered Armon Hanatziv, and the “Naknik” and “Pa’amon” posts. From the north, the 10th Armored Brigade, commanded by Uri Ben-Ari, made its way through the “Radar” and “Sheik Abed El Aziz” posts, towards Nebi Samuel.

It is symbolic that the fighters of three reserve troops brigades – the most explicit manifestation of “Army of the People”, were the redeemers of Jerusalem.

On that night, Head of Command Uzi Narkis suddenly announced that the General Staff suggested that the attack be postponed until morning so that it could receive aerial support. Motta assembled the commanders for consultation and they unanimously decided:  We cannot wait.  We must attack tonight.

This is how they were, the paratroopers. That is how they were trained: to be dedicated to the mission, to attack, to risk their lives for their people.  They could not wait until the break of day.  A fire burned in their hearts. The fire of Jerusalem. In the storm of battle that raged here, many of them paid with their lives. There is no stone on this hill which was not soaked with the blood of fighters. We will forever cherish those who, for our sake, bridged the two sections of our eternal capital – a bridge between the dream of generations and the reality of our time.  The vision of the prophets was realized. Prayer turned into salvation.

For 19 years Jerusalem was divided, besieged, reclusive, and at the end of every path, and for double that time – 38 years – it has been united and open.

The majority of the Israeli population has not known a different reality. The younger generation could not visualize the line crossing the city, strewn with mines and barbed wire. They could not imagine the enemy soldiers on the walls of the Old City, and no access to the Temple Mount, the Western Wall, and the Mount of Olives. They could not imagine that the city’s suburbs, from Ramot and Neveh Yaacov in the north, to Gilo and Har Homa in the south, were barren hills, with cannons aimed at the heart of Jerusalem.

For us, there is only one Jerusalem, and no other. It will be ours forever, and will never again be in the hands of foreigners. We will honor and cherish all lovers of Jerusalem, of all faiths and religions. We will carefully guard all its sites of prayer, churches and mosques, and freedom of worship will be ensured, which was not the case when others ruled it. We will fearlessly face the entire world and will ensure the future of united Jerusalem. For Jerusalem is the anchor, root of life, and faith of the Jewish people and we will never again part with it.

Whoever wishes to know this should open the Bible, read and understand.

Historic Jerusalem, the heart of the Jewish people for over 3000 years, will always be one, united, the capital of the State of Israel forever and ever.